The "user" paradigm is all economic thought that doesn't "follow the money". The economists that don't follow government liabilities through monetary operations are bound to make mistakes. Thankfully, the Kansas City school of economists are filling in the collective blindspots of the economic profession.  For more information on their work click the resource link at the top of the page.


The followers of the "user" paradigm can be characterized into the 4 following groups: 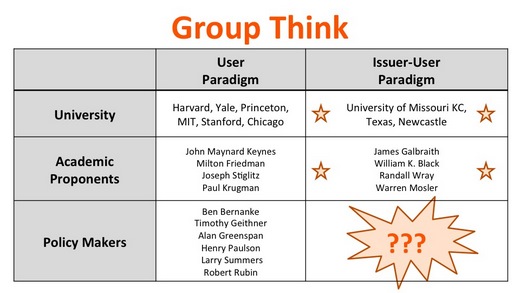 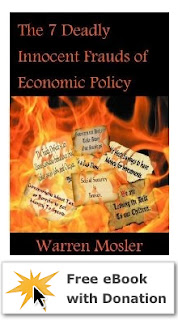 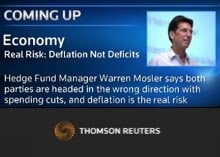